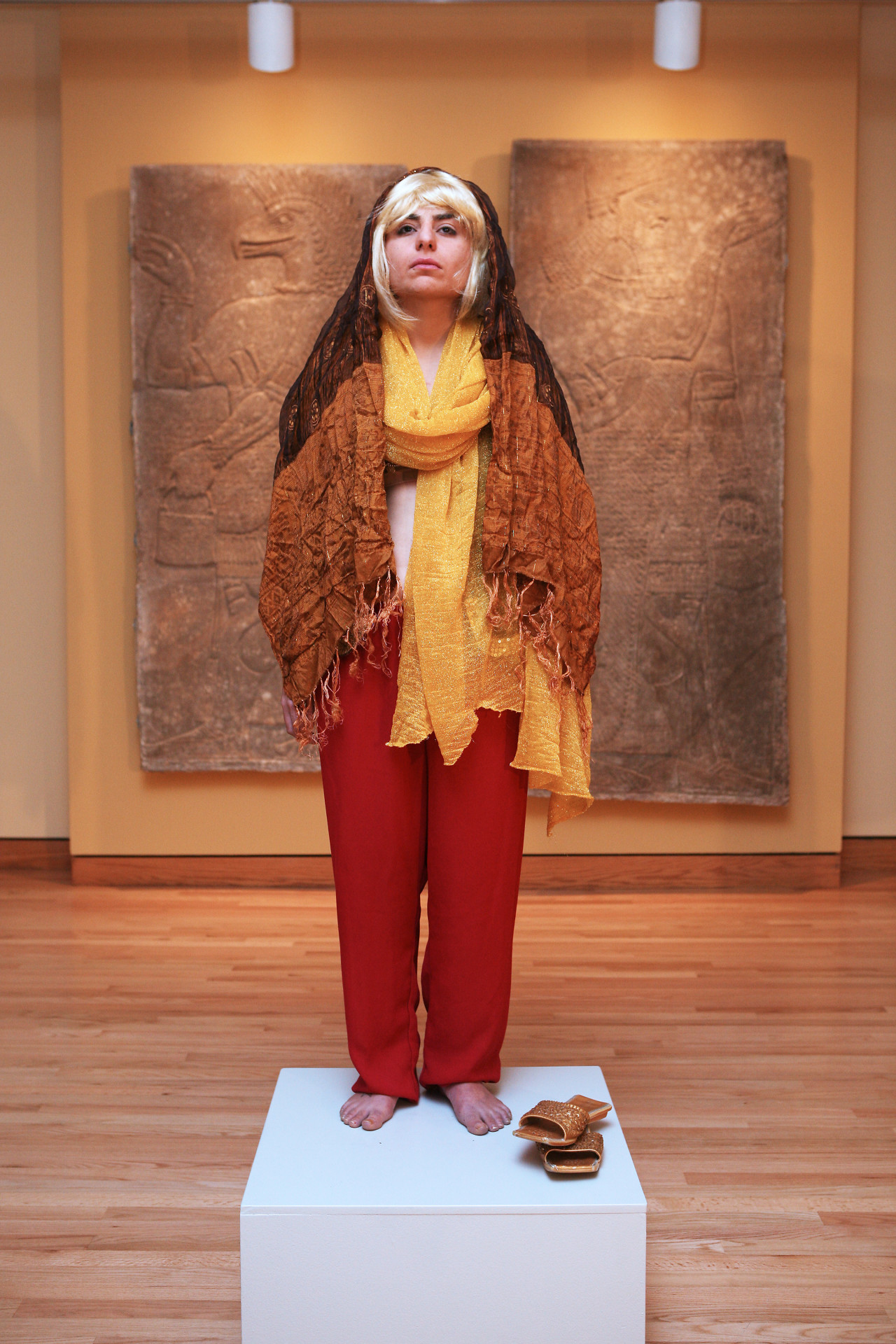 “Dress up: Oriental Barbie” was performed at Williams College Museum of Art in Williamstown Massachusetts on November 21, 2013. For two hours and in character, Rah stood still and silent on a plinth while allowing spectators to play “dress up.” On a nearby table, there were various accessories including scarves, makeup and brushes, and a blonde wig. On a garment rack to the left of the performer, there were traditional Iranian clothes, a chador and casual wear. Rah allowed the viewer full access and complete control to her body and representation. She stood on the plinth silently but it did not take long for the viewers to participate in the performance.

There were nearly one-hundred and fifty people present and approximately thirty participants and only a few where men. Two of the men did not touch the body but instead assisted by handing garments to women from the rack and table. There was only one man who physically dressed her up. He participated in the performance several times and each time he became more aggressive. The first time he was putting a scarf around her head and pulled it so hard he choked her and nearly pulled her off the plinth. He apologized. He then came back with a friend and unbuttoned her blouse and exposed her bra and chest to the other man while stating “see, you can do whatever you want to her.” He never buttoned her shirt up, and left it hanging off the side of her arm. The third time, he put a blond wig on her head and was the only participant who insisted on confronting her gaze. Throughout the performance she did not look at any of the participants, she looked straight ahead and was in a trance- like state.  He disrupted her meditation by making sure he met her eyes. His sense of entitlement and aggression towards the body made every person in the room uncomfortable.

The other individuals who dressed her up where less aggressive but did not shy away from wrapping her head in multiple scarves, dressing her as a belly dancer and exotifying the character. However, the very last participant who was a woman, came up to the performer and lightly rubbed her arm. Her touch and energy soothed the performer. The woman spoke to her and  told her that she had been watching the performance all night and was concerned about her. She was ashamed by how these individuals engaged with this performance but that it was powerful and that she understood the critique. She continued to say that she did not want to touch her but felt the need to humanize her by dressing her more appropriately. The performer then realized that the woman was putting on the only casual wear that was available. She was the only one that selected these garments. The moment she was done, the band was finished, everyone left and the night was over. The performer stepped off the plinth and fell into this strangers arms and the woman held her. 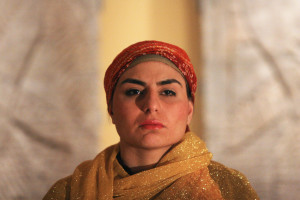