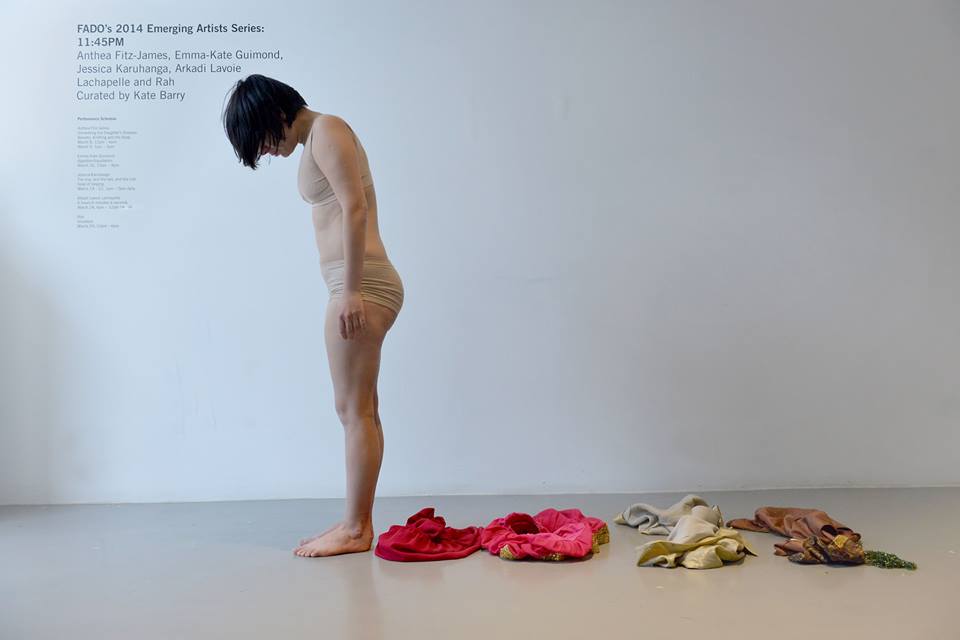 “Ululation” was a six-hour durational performance performed at Xpace Cultural Centre in Toronto, ON in March 2013. The performer was dressed in traditional Iranian clothing often worn in the northern regions of Iran. This traditional dress has many layers including: a vest, blouse, skirt, pants and head garment. The performer rolled in and out of  6 meters of black fabric while ululating. Ululation is a rapid movement made with the tongue while wailing to create a high-pitched sound. Once exposed and after a long pause, the performer slowly start removing each layer until she was in skin colored undergarments. Throughout the performance, there are long pauses of self-reflection. After a long pause, the performer puts the clothes on and does the entire performance backwards.