Proshat Kalami: In 2012 you performed a tea ceremony in protest outside the Iranian embassy in Canada. What was the genesis of that piece and how did you situate your body as Rah within the location of culture and performance of culture that your character was performing for, I am assuming, mostly Canadian audience?

Rah-  In September 2012, the Canadian government suspended diplomatic relations with Iran, closed the Canadian embassy in Iran and expelled the diplomats. Later that week, I stood in front of the Iranian embassy in Ottawa which is the nation’s capital and dressed in traditional clothing, I offered tea to passersby. There were many motifs that illustrated a performance of culture, the black tea, the sugar cubes, the ethnic garment and the ethnic character were all symbolic of the culture and further the piece highlights the performance of Persian hospitality. I wanted to extend the ritual of drinking tea at home and in a private space to the public space and humanize the Iranian community against the barrage of images in the media that continue to dehumanize us. Further as an exilic person, standing in front of the embassy that I’m not allowed to enter speaks to a desire to be in proximity to a nation that has been denied access to me. Most importantly the performance  was an invitation to the community to participate in a dialogical encounter. 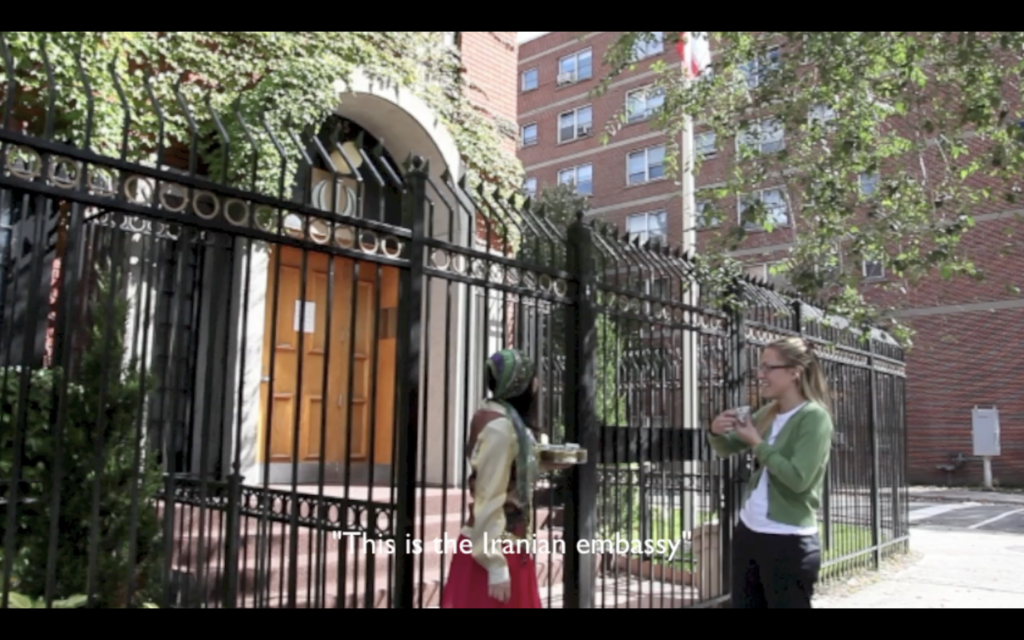 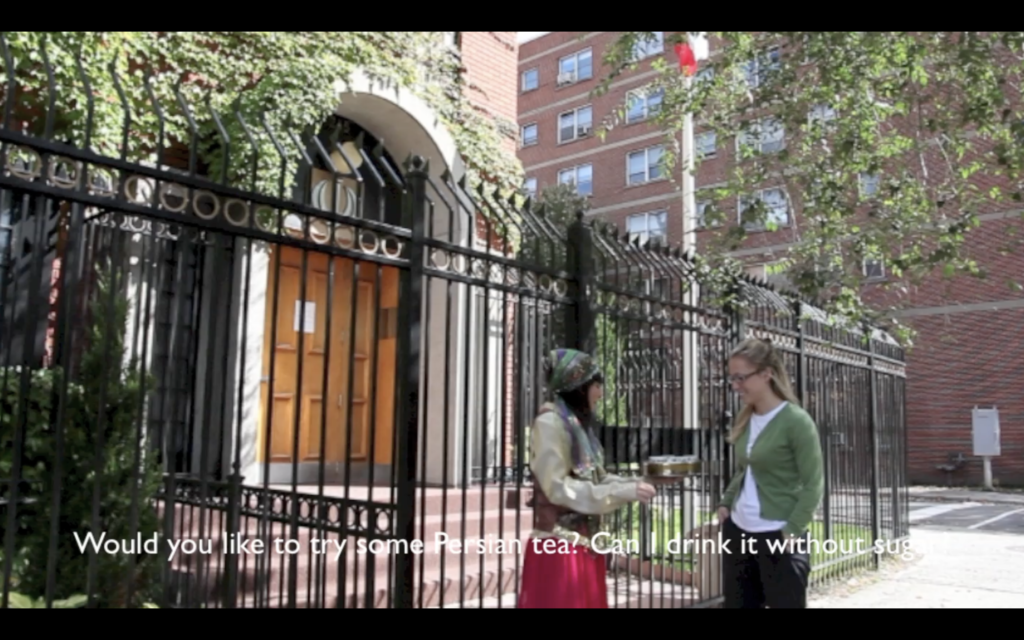 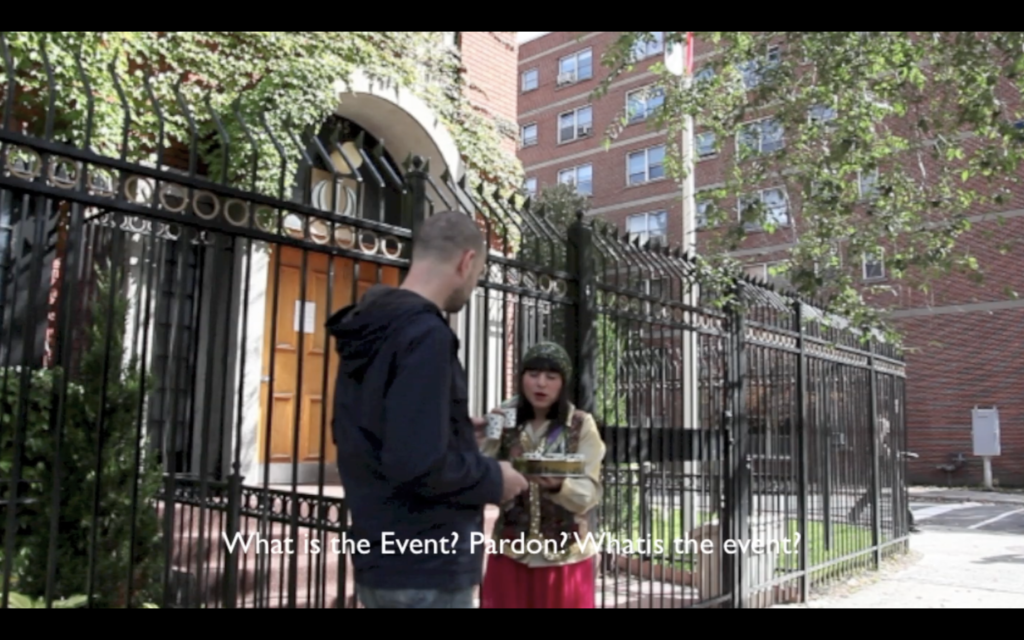 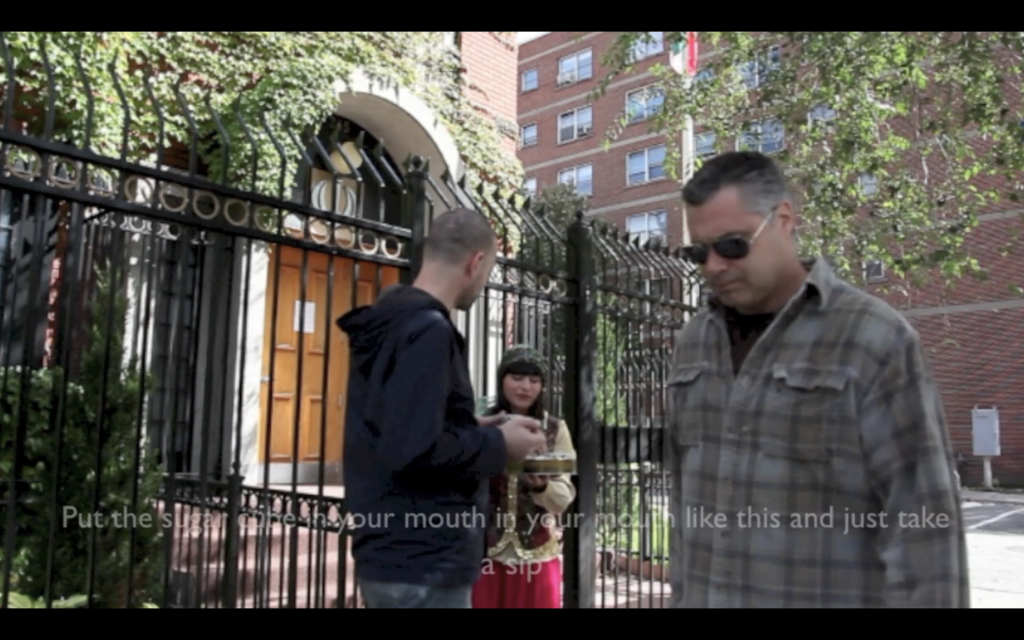 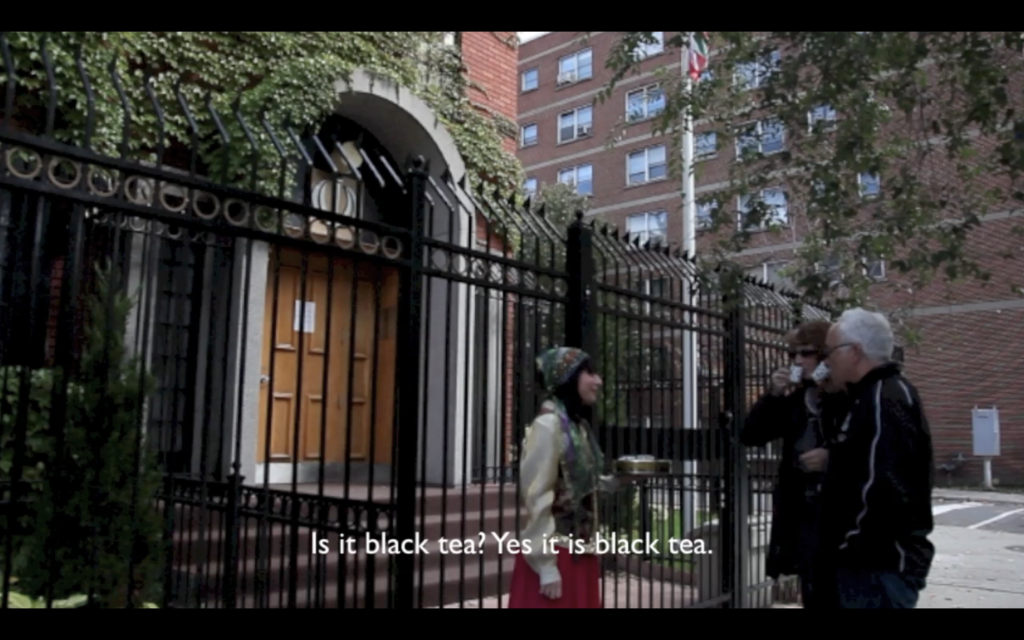