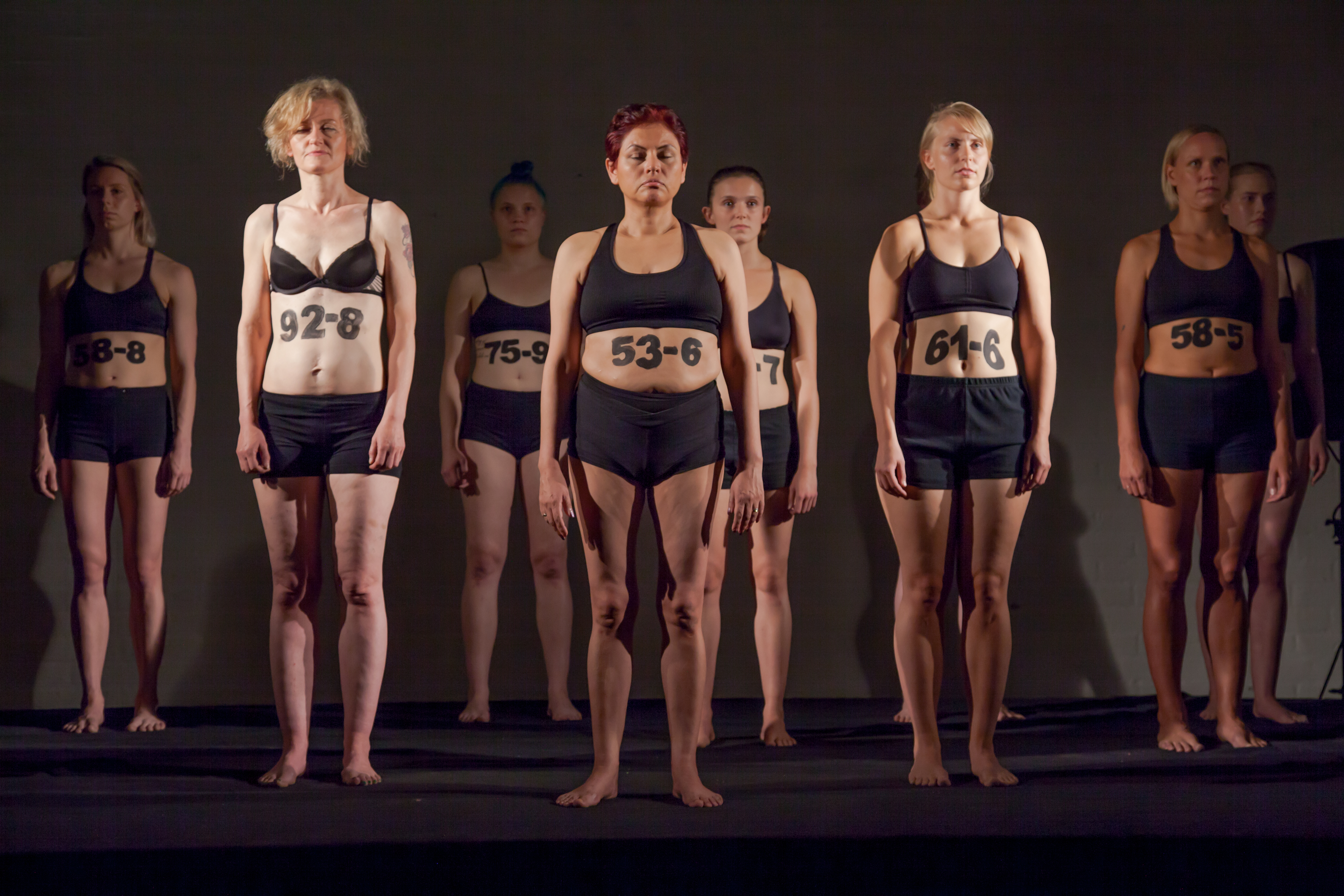 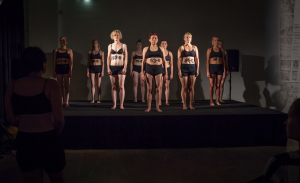 Rah started this work as a solo performance “NW25” (Neutral Warm 25) for Process 9 at Artscape Youngplace in Toronto. Rah was invited by MUU Gallery in Finland to create a performance for Art Fair Suomi. The one-hour performance involved several female collaborators and each woman had the numerical code of their skin tone based on the Pantone Color System. The numerical code was drawn on the stomachs of each collaborator. Rah stood in front of the stage and called a series of numerical codes and each woman would acknowledge by yelling back their code.. Due to the limitation of the two week residency, Rah was unable to find collaborators for all 110 skin tones and to acknowledge the absence of diverse bodies in the performance, Rah called out those numbers and there was a moment of silence and contemplation for the absent of diverse bodies.

Further, an important consideration of the performance is its response to the refugee crisis in Europe. Using an intersectional lens and considering shadism, the women were lined up from darkest skin tone at the front to the lightest placed at the back. The numerical codes were acknowledged in order starting from the darkest in Pantones numeric system to lightest tones.