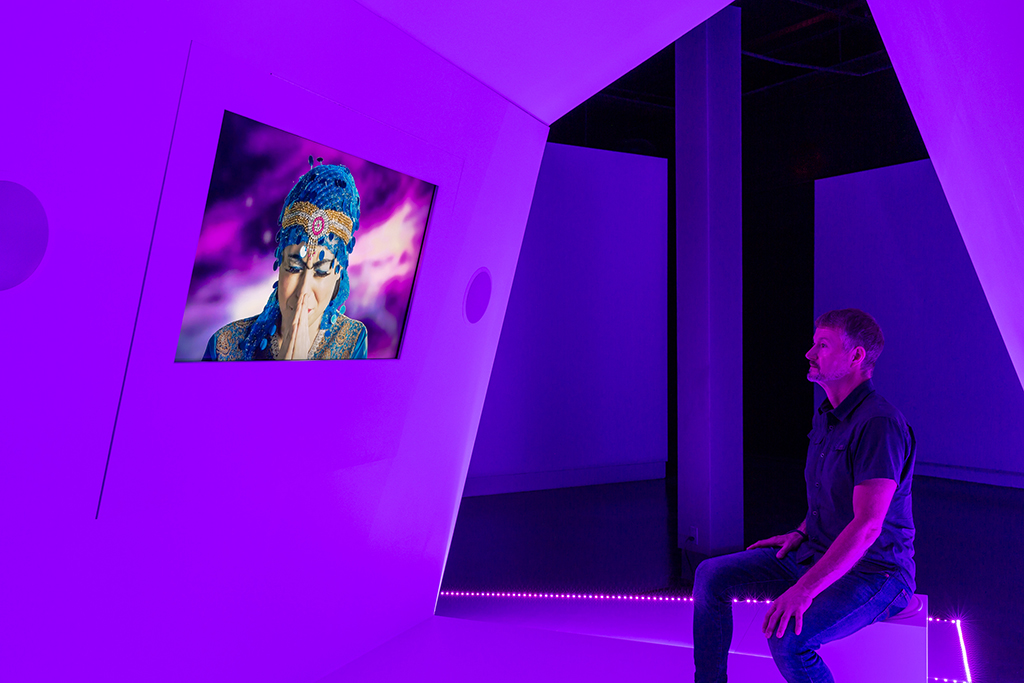 SuperNova is a multidisciplinary video installation informed by Rah’s experience as a Canadian-Iranian exilic and diasporic artist. Featuring a series of characters that she has performed as over several years including Fatimeh, Oreo and Coco, these carefully conceived personas pointedly deconstruct ethnic and gender stereotypes. In SuperNova, the three fictional personas appear together for the first time as contestants on an American Idol-style galactic talent competition adjudicated by a panel of extraterrestrial judges—all portrayed by the artist. While parodying the tropes endemic to reality television, Rah’s characterizations are a pastiche of racialized stereotypes as well as a pointed critique of Western popular cultures exoticization of the other; from the self-aggrandizing Oreo, to the questionable authenticity of Fatimeh, to the non-binary posthuman Coco who communicates through waacking, a hybrid dance style that emerged from queer and racialized communities in the 1970s. SuperNova is framed by a futuristic screening kiosk that takes the shape of the kind of stargate or warp portal found in science fiction and further suggests the offer of a journey towards an unknowable future.